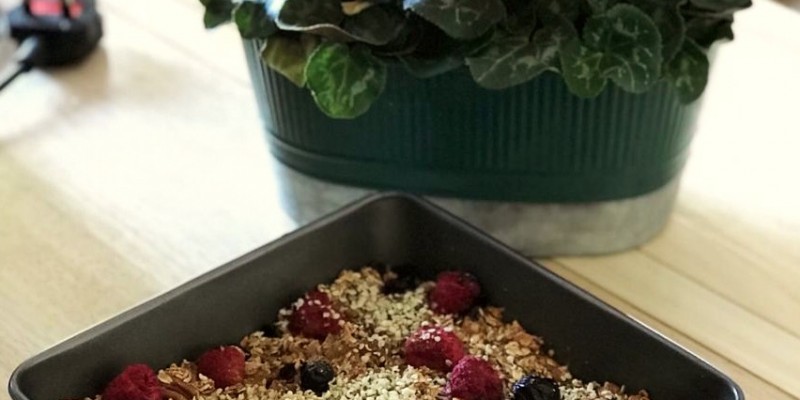 There’s hardly a morning that goes by that I don’t have a bowl of porridge. It’s my favourite food and reminds me of my childhood. My mum liked her porridge milky and with dried fruit whereas my dad always made thick and creamy porridge on the stovetop. I’ve since learnt to experiment with different grains and toppings so I never get bored.

However, sometimes you want a slightly more indulgent breakfast. Having guests or in the mood for a big Sunday brunch? This is the recipe you need for all those times.

I’ve been making variations of this vegan and oil-free baked porridge for years. I’ve tried so many different combinations but this really is the best. The raspberries and blueberries get all gooey when baked. Baked porridge ticks all the boxes from a nutritional perspective, especially due to the amount of soluble fibre (specifically beta-glucans) in oats. Berries are a fantastic source of antioxidants and the frozen ones work just as well in the recipe. You might just need to keep it in the oven for an extra few minutes.

Keep any leftovers (if there are any!) in the fridge and heat up portions throughout the week. Add a dollop of plant yoghurt to serve. I love it with coconut yoghurt and some extra berries or sliced banana. Heavenly. 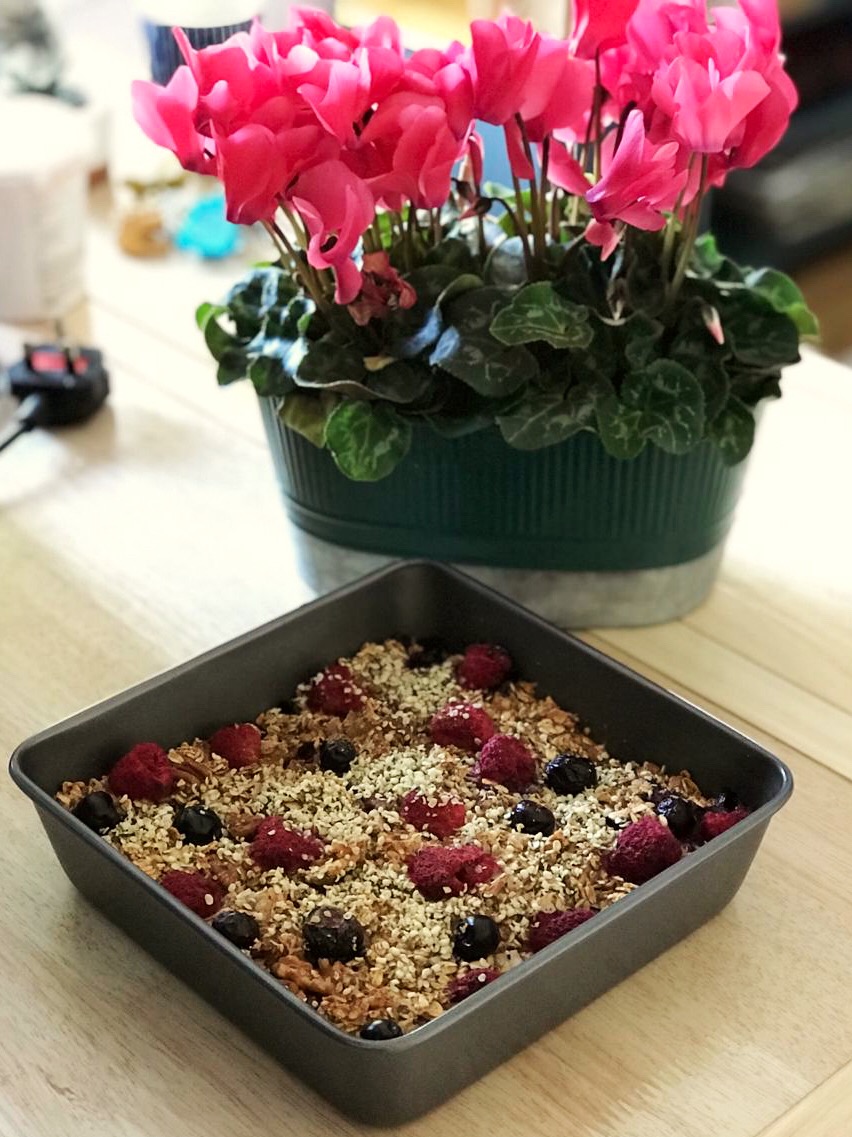 Next article 10 Tips for Plant-Based Cooking

Hey there! I’m Rohini, a nutritionist (MA Oxon, MSc) providing evidence-based advice to my clients around plant-based eating. While working in branding and marketing for food startups over the years, I discovered my passion for making plant-based foods more accessible to people.